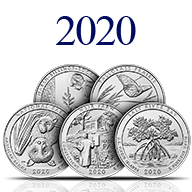 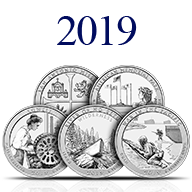 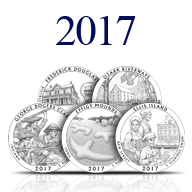 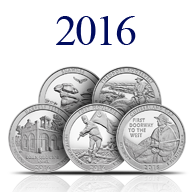 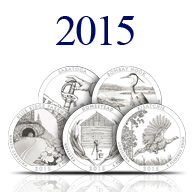 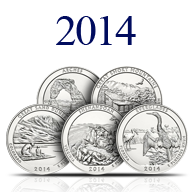 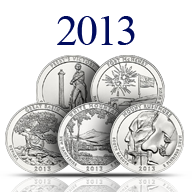 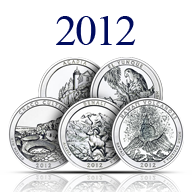 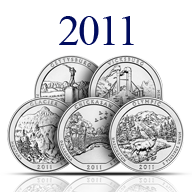 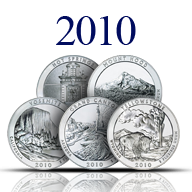 The America the Beautiful series of five-ounce silver coins was first introduced in 2010 by the United States Mint. Five new designs will be released annually until the 56-coin series reaches a conclusion in 2021. The coins are designed to commemorate the nation’s national parks, monuments, and historic sites.

Based on the state quarter series that ran from 1999 to 2008, the America the Beautiful series makes a fun project for precious metals collectors. The sheer volume of coins and their sequential release enhances their collectibility.

Much like America’s circulation quarters, the obverse of each ATB coin features a portrait of George Washington. His effigy was originally designed by John Flanagan and introduced in 1932. In 2010, the mint digitally enhanced this famous image to bring out deeper detail.

Why Are Silver ATBs Valuable?

Struck by the US Mint, each ATB coin is stamped with a face value and guaranteed by the US government. However, the true value of these coins lies in their silver content.

Many people invest in silver and other precious metals to supplement their financial assets, especially during times of economic turmoil. Though silver is fairly common, the white metal has maintained value and been used as currency for centuries, providing an affordable investment option.

The value of ATB coins will primarily depend on the current spot price of silver. However, their value may also be affected by condition and rarity. For instance, releases with lower mintages may be more valuable than plentiful releases.

For serious investors, a precious metals IRA account allows you the safety of storing your metals in a depository vault. Silver ATB coins–along with all other bullion coins produced by the US Mint–are eligible for most of these types of accounts.

Where to Buy America the Beautiful Silver Coins

As a reputable dealer of precious metal bullion, Provident Metals carries an assortment of ATB coins from a variety of years. On top of being a trusted bullion seller, Provident also buys your coins at industry-leading buyback prices. Check out our Sell to Us page for more details.

Add America the Beautiful silver coins to your investment portfolio at Provident’s low prices and get fast, free shipping on qualifying orders.