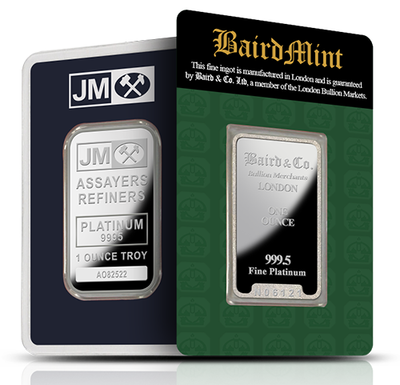 Platinum is one of the rarest and most expensive metals used in the modern world.

While platinum’s rarity is similar to that of gold, far less of it is used in the minting of bullion. Platinum’s desirability comes from its beautiful luster, resistance to tarnishing (unlike other white metals), and metal strength. These characteristics make it very popular as jewelry.

Platinum has been integrated into human life since the time of the ancient Egyptians; however, an understanding of this beautiful metal was not reached until centuries later. Here,you will find a brief history of this white metal and its most common uses today.

Archaeologists’ earliest discoveries of platinum date back to the ancient Egyptians. Specifically, the famous Casket of Thebes was found to be adorned with platinum, along with gold and silver. Additionally, indigenous South American peoples were known to incorporate platinum into their ceremonial jewelry such as nose rings and necklaces.

These ancient uses of platinum likely did not consist of the pure metal itself; rather, they likely were made from commonly found platinum mixtures (or “alloys”) that included palladium or iridium.

When the first Spanish explorers landed in the New World, they discovered not only gold, but platinum, as well. These 16th century Conquistadors did not see platinum for the rare luxury it is today, however. They found platinum nuggets amidst their newfound gold and thought the “white” metal to be a nuisance. For this reason, much of the newly discovered platinum was discarded.

The Spanish called this new metal “platina,” which is derivative of the Spanish word for silver (“plata”).

Platinum’s credited discoverer was Antonio de Ulloa, who returned to Spain in 1746 with platinum samples and news of this new metal’s strange properties. Platinum was not recognized as its own element until 1751 AD, when it was successfully melted down. In the years following, platinum’s melting point was determined as well as its corrosion resistance and lack of pliability. At this time, it was mostly used as decoration and for laboratory instruments.

Around this time, platinum also began to grab the interest of jewelers and other metal workers. Marc Janety, goldsmith to Louis XVI, began to use platinum to fashion buttons and chains for clothing as well as expensive cutlery and other luxury items.

Platinum was not widely used for jewelry until the development of jewelry torches that could reach the high temperatures needed to manipulate the metal. Louis Cartier was the first to create jewelry pieces utilizing platinum, and Cartier was able to bring platinum’s durability and luster to light in this way. Cartier’s platinum jewelry was widely popular, and he was considered by King Edward VII of England to be the “jeweler of kings and the king of jewelers.”

While platinum usage began to gain popularity, supply of the metal was limited. Until the 1820’s, Colombia was the only major producer of platinum in the world, and it stopped exporting the metal around that time. Soon after, platinum was discovered in the Ural Mountain gold fields in Russia where it was mined and made into roubles. Russia would remain the leading source of platinum for years, and they are credited with introducing platinum as a symbol of wealth just like gold.

In the 1880’s, Ontario discovered of platinum in its nickel-copper ores, and Canada became the world’s major platinum supplier after World War I. South Africa also became an important source for platinum beginning in the 1920’s when a farmer discovered the metal in a riverbed. Today, South Africa is also a world leader in platinum production.

Beginning in the 1970’s, the Arab Oil Embargo caused a rapid increase in the prices of precious metals, including platinum. It was at this time that platinum bars were introduced for individual investors to purchase. This began in Japan, but soon spread to Europe and the United States with the continued rise in prices.

The 1980’s also brought the production of platinum coinage. The Isle of Man first produced a one-ounce platinum bullion coin, and its popularity caused other mints to follow suit. Australia’s platinum Koala and Canada’s Platinum Maple Leaf coins were both released in 1988 and were received with high demand. These coins, along with the American Platinum Eagle, brought the platinum investment market to new heights.

In the modern day, platinum has numerous uses. Firstly, platinum jewelry remains a popular option due to its tarnish resistance, unlike silver. Platinum is mostly used industrially as material for catalytic converters in vehicle engines. Platinum is effective for converting harmful emissions from engines into less-harmful waste. Platinum’s catalytic abilities are also used within the oil industry to extract gasoline from crude oil.

Finally, platinum serves the medical industry. The metal is used for a variety of purposes including dental fillings, pacemakers, and even chemotherapy treatments for cancers.

If you would like to make a platinum coin or bar your next investment piece, Provident Metals offers both domestic and foreign platinum bullion products.