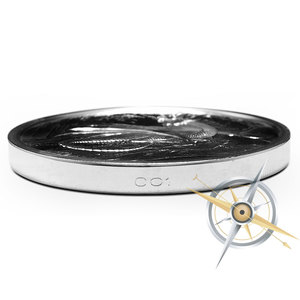 Most collectors are familiar with mintage proof numbers: the indication of exactly how many proof copies of a coin were originally created.

Numbered proof coins do provide some ballpark indication of rarity, and proof coins are struck with higher standard and, most often, a desired mirror effect. However, many often question if it is worth it to purchase a numbered proof copy in the end, especially when looking at both supply and demand.

Why Numbered Proofs Are Different

Mintage numbers can prove very valuable when it comes to estimating the rarity of a coin; however, many believe that a proof coin’s mintage number also holds an indication of the coin’s worth.

However, mintage numbers only tell us how many of a proof coin were originally produced at the time of minting. It does not necessarily tell us how many of those proof coins are still out there. For instance, a coin may have once been minted in high quantities, however, many of those proof coins could have been lost, corroded, disposed of unintentionally, melted, etc. especially when gold and other precious metals were in short supply.

This makes it possible for the mintage number to skew a coin’s actual degree of rarity. Rarity largely depends on supply and demand, and a coin’s rarity essentially provides the “supply” part of this equation.

The U.S. Coin Guide provides an example showing how a coin’s mintage number does not necessarily translate to a coin’s value. They mention the fact that a 1909-S V.D.B. Lincoln cent, with a mintage of 484,000 is more valuable than an 1837 Bust dime with a mintage of 359,000.

Should the coin with the lower mintage and older age be more valuable in the end? Not necessarily. It all comes down to supply and demand. Bust coins, like the 1837 dime, are not necessarily popular choices for most collectors, so their demand is fairly low. In contrast, the 1909 coin has a very high demand and is desired by many collectors. In this situation, it hardly matters that the 1837 has a lower mint number.

Even though mintage numbers do not give us an exact degree of rarity, they do help with estimating the “supply” portion of supply and demand. However, both areas must go hand in hand to determine an exact value for a coin.

So, Should You Invest in Numbered Proofs?

The answer to this question generally lies in personal preference and what you plan to accomplish with your investment. If you are looking for a fine metals investment that you intend to sell at a later date once the price of gold and silver rises, then uncirculated coins may be a better option. This is because uncirculated coins carry the same metal quantity and denomination as proof coins, just with some imperfections.

On the other hand, if you are looking for a quality piece with superior quality from a numbered batch, proof coins may be worth the higher upfront cost. It is important, however, to do your research before investing in a numbered proof coin and look at both the estimated supply and how “in demand” the coin is for other collectors.

If you would like to learn more about investing in precious metals, check out Provident Metals’ Knowledge Center for more information on how to get started, including: