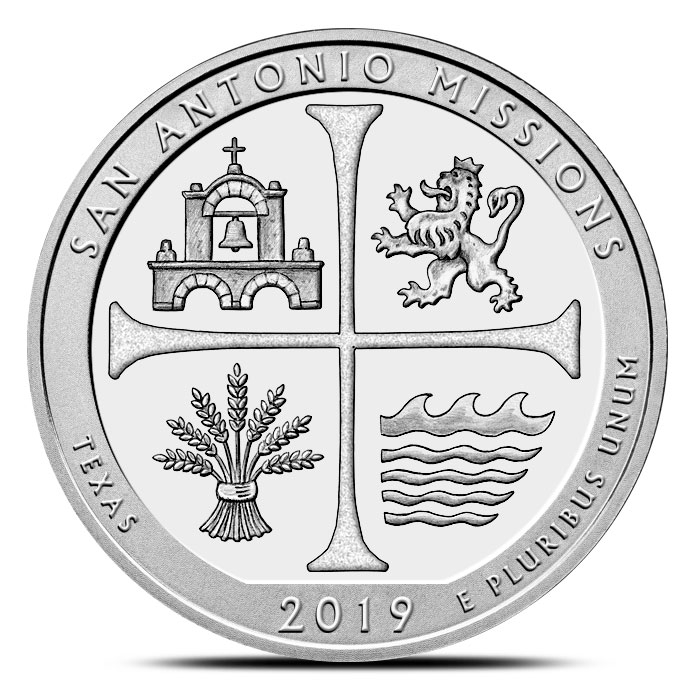 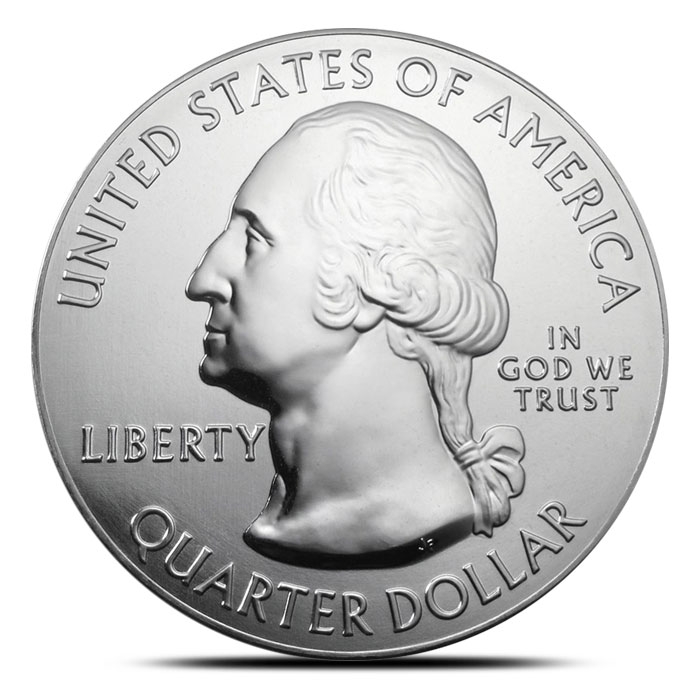 America the Beautiful (ATB) Quarters capture the breathtaking beauty of America’s wild landscapes that sweep the nation from sea to shining sea. Today, several of these treasured sites are celebrated through the U.S. Mint America the Beautiful Quarters Program. The completed program will contain 56 new coins, each with a unique reverse representing a site of national interest from a different state, the District of Columbia, or one the five US territories.

Exquisitely struck in 5 ounces of .999 silver, the 2019 San Antonio Missions coin is the fourth of five 2019-dated releases and is the 49th coin in the America the Beautiful coin program. Established in the 18th century, the San Antonio Missions were one of the largest collections of Spanish missions in North America, and together they formed the foundation for modern day San Antonio, TX. The Missions National Historical Park consists of Mission Concepcin, Mission San Jos, Mission San Juan, Mission Espada, and the Espada Aqueduct. Built in 1731 by Franciscan friars, the aqueduct brought water to the fields around Mission Espada. The mill at Mission San Jos began operation in 1794 and is believed to be the oldest in Texas. It still operates today.

The obverse features the same portrait of George Washington that is seen on the obverse of all US quarters. The portrait is surrounded by the inscriptions of “UNITED STATES OF AMERICA”, “LIBERTY”, “IN GOD WE TRUST”, and “QUARTER DOLLAR”.

The reverse pays tribute to the Missions by featuring design elements of the original Spanish Colonial Real coin. Within the four quadrants are symbols of the missions: wheat represents farming; the arches and bell denotes community; a lion signifies Spanish cultural heritage; and a San Antonio River icon illustrates irrigation methods and life-giving water resources. Inscriptions include “SAN ANTONIO MISSIONS”, “TEXAS”, “2019”, and “E PLURIBUS UNUM” (out of many, one).

About the US Mint

Since 1792, the US Minthas earned a reputation as one of the leading producers of precious metal bullion products in the world. Their products are in demand the world over for their superior workmanship and aesthetics honoring the rich history, iconic symbols, and unwavering spirit of this great nation. Beginning in 2010, the US Mint began releasing five silver ATB coins annually. The series of 5 oz silver coins will be complete in 2021 with 56 coins, each representing a treasured national park or historical monument from all US states and territories.

Each individual coin ships in brilliant uncirculated condition from the US Mint. Individual coins ship in protective plastic capsules. Multiples of 10 are packaged in sealed mint tubes for safekeeping, and quantities of 100 ship in a mint-strapped monster box. Orders over $199 qualify for free shipping!

1 Review(s)
Please or to write a review.