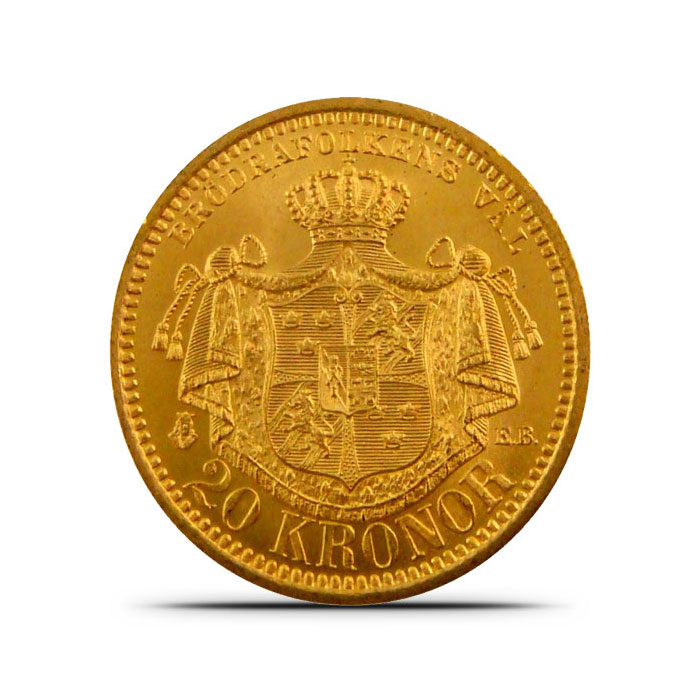 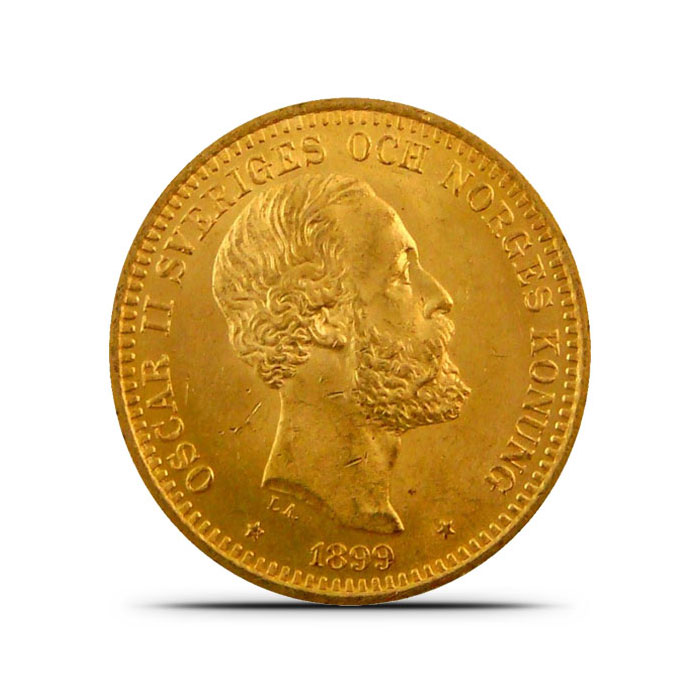 The obverse of each Gold 20 Kroner features a right-facing portrait of King Oscar II, along with the inscription “OSCAR II SVERIGES OCH NORGES KONUNG,” which means Oscar II, King of Sweden and Norway.

The reverse of each coin includes a crowned and draped Swedish Coat of Arms. It is inscribed with King Oscar II’s royal motto, “BRDRAFOLKENS VL,” which means the welfare of the brother peoples.

Minted from 1873-1902, the Swedish 20 Kroner was produced in low quantities, making it relatively scarce. In 1902, production of the gold coin came to an end. Gold 20 Kroner Coins are still considered legal tender in Sweden, though circulation is incredibly rare.

The word krona can be translated into the word crown, lending it the name Swedish Crown in English. Today, the 20 Kroner is valued as both a numismatic collector’s piece and a gold bullion coin for investors.

About King Oscar II of Sweden

Famous for his support of the arts, science and education, Oscar II was the King of Sweden and Norway from 1872 until his death in 1907. Married to Sophia of Nassau, Oscar Fredrik was a published poet, playwright, songwriter, military historian and science enthusiast.

Oscar II pioneered a number of famous Arctic expeditions during the late nineteenth century, while also founding a museum and opera house, believing art should be enjoyed by every member of his realm.

Invest in gold, and a piece of Scandinavian history, with Swedish 20 Kroner Gold Coins today. Designs may vary slightly from pictured. Use Provident Metals’ secure online ordering system and your gold bullion will arrive in just days.