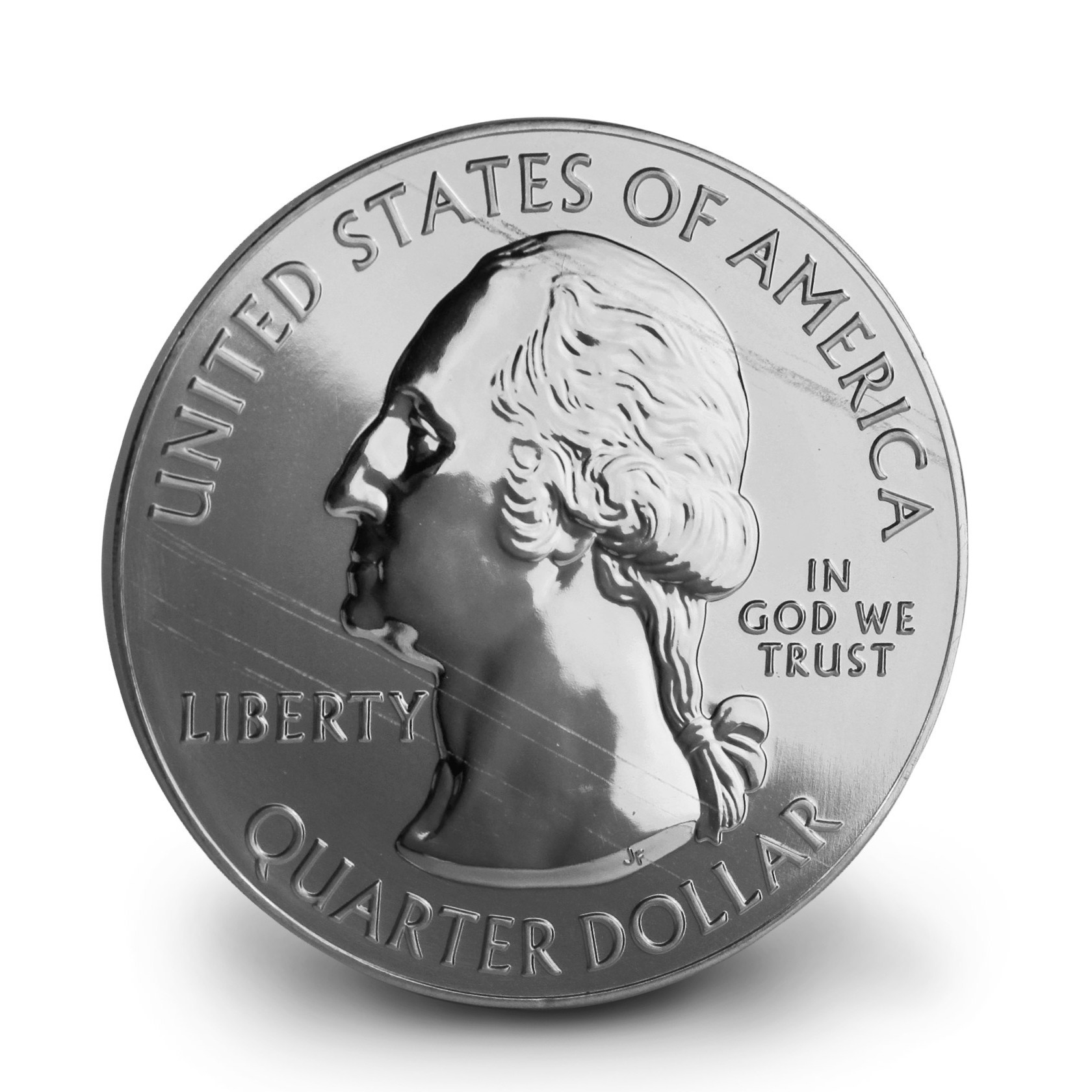 The front (obverse) of the Great Smoky Mountains National Park coin features a restored version of the George Washington portrait by John Flanagan that is characteristic of United States Quarters.

The back (reverse) of the Great Smoky Mountains National Park coin, designed by Chris Costello and sculpted by Renata Gordon, features the depiction of an historic cabin found within the national park itself. The background to the cabin includes the dense forests and park’s characteristic mountains, as well as a hawk circling overhead.

Before the arrival of the Europeans, the area which is now known as the Great Smoky Mountains National Park was inhabited by the Cherokee Indians. Settlers began moving into the area in the 18th and 19th centuries, and the Native American tribes were soon forced to leave; however, some stayed in hiding around areas of today's park.

The settlers brought with them a booming logging industry, and the natural areas of the mountains began to suffer harshly. Locals and those who appreciated the beauty of the area decided to band together in order to preserve the land.

The park was officially authorized in 1926, and today encompasses 522,419 acres and sees well over 10 million visitors per year. It is the most visited national park in the United States.

The non-circulated silver bullion version of the Great Smoky Mountains National Park contains 0.999 fine silver, and while their denomination is only $0.25 a piece, their precious metal content makes them worth much more. For this reason, and their unique designs, the America the Beautiful collection is a popular one for many collectors.

The series is also available in circulated quarters. This means the casual collector can search for and collect the series for free, although the value will not exceed the $0.25 denomination.

Check out our Great Smoky Mountains National Park silver coins for sale, or browse the other coins we have available from the America the Beautiful Collection.