The front (obverse) side of the Kisatchie National Forest coin features a restored version of the George Washington portrait by John Flanagan that is characteristic of United States Quarters. 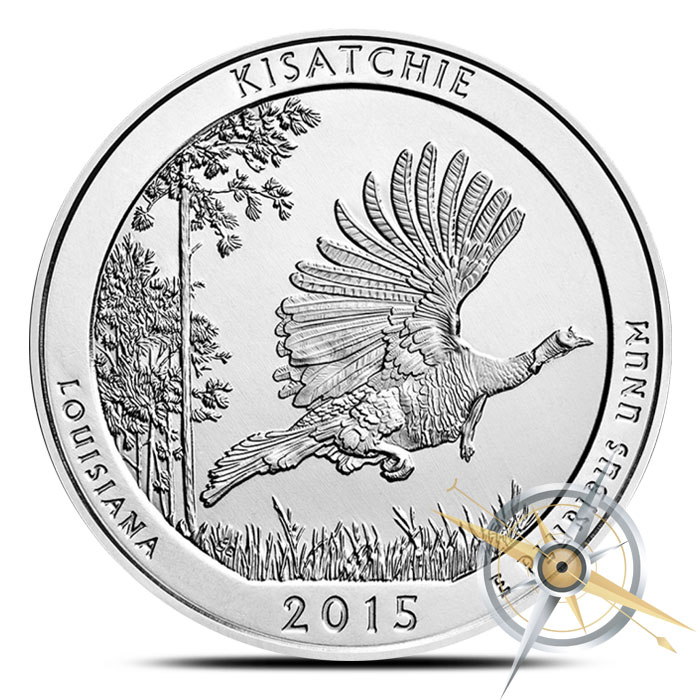 The back (reverse) of the Kisatchie National Forest coin, designed by Susan Gamble and sculpted by Joseph Menna, features Louisiana's only national forest. This depiction includes a turkey in flight surrounded by blue stem grass and a long leaf pine.

In the early 1900's, Louisiana was covered in forested land, and the state was a leader in timber production for years. Around the time of the Great Depression, however, many sawmills had closed, and Louisiana's natural resources were drained. The need for conservation was realized, and the Herbert Hoover administration designated the Kisatchie National Forest in 1930.

The America the Beautiful silver bullion coins may have a denomination of $0.25, but their 0.999 fine silver content makes them worth much more. This makes the series a popular one for collectors and investors alike.

For the casual collector, the series is also available in circulated quarters which can be found for free.

Check out our Kisatchie National Forest silver coins for sale, or browse the other coins we have available from the America the Beautiful Series.