1 oz Copper World of Dragons Series The Norse Round 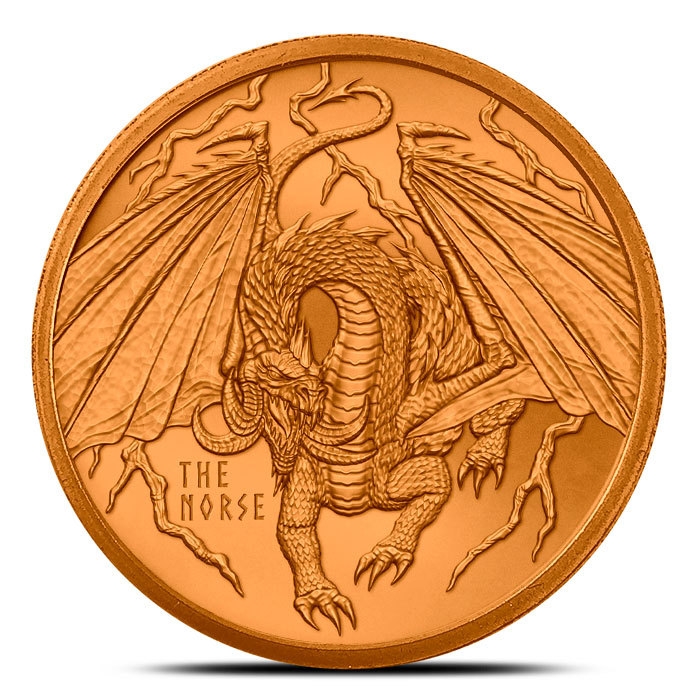 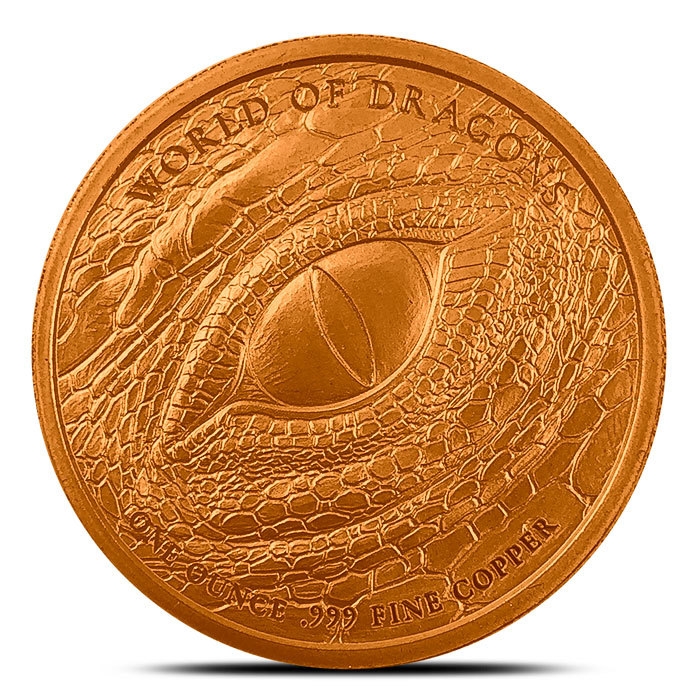 Dragons have been one of the world’s most popular mythological creatures through the ages, and they continue to stir our imagination to this day. Almost every culture on earth has its own ancient dragon myth. And we are proud to bring them to life in our EXCLUSIVE WORLD OF DRAGONS series of 1 oz silver and copper rounds!

The fourth release in this exciting 6-design series celebrates the Norse Dragon. Part dragon and part serpent, the Norse dragon (also called Nidhogg) was a terrifying beast. Bright scales covered his body, knifelike claws adorned his feet, bat-like wings unfurled from his sides, and piercing horns erupted from his head. Bent on civilization’s destruction, Nidhogg lived in the darkest whirlpool of the underworld, gnawing at the sacred tree of life that held the nine Nordic worlds of the cosmos together.

Nidhogg has earned a special place in pop culture in recent years, inspiring dragon characters in several popular video games such as the World of Warcraft. And Marvel fans may remember in the film Captain America: The First Avenger that it is Nidhogg’s eye that forms the button found in a carving of the sacred tree, which is pushed to reveal the Tesseract. Now, we are thrilled to bring Nidhogg to life in silver and copper!

This limited edition 1 oz Copper The Norse Dragon round will be minted for an approximate 3-month period. So hurry and add the latest release in the series to your cart today, while they’re still available!

Don’t forget to protect your round with a capsule!

The obverse features the Norse Dragon’s scaly form as it prowls the underworld beneath the roots of the sacred tree of life. His gnashing teeth and massive claws are poised to destroy its roots and unravel the thread connecting the nine Nordic worlds. THE NORSE is also inscribed.

The reverse is common among all releases in the series. It depicts the powerful reptilian eye of the dragon. Its piercing gaze is surrounded by the inscription “World of Dragons” along with the metal content, weight, and purity.

Your 1 oz Copper The Norse Dragon round ships in brand new condition. Single rounds ship in an individual plastic flip. Multiples of 20 ship in mint-issued tubes, and multiples of 500 ship in boxes.

Don’t forget to protect your round with a capsule!