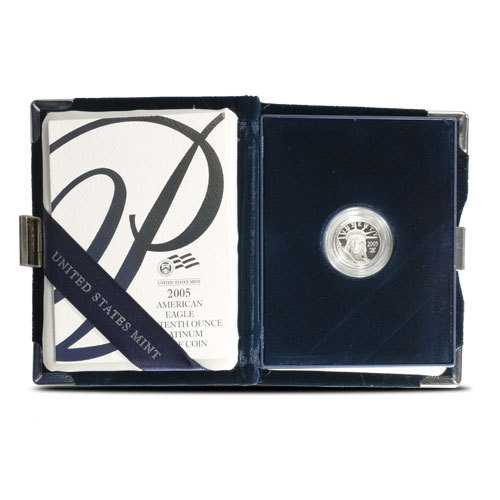 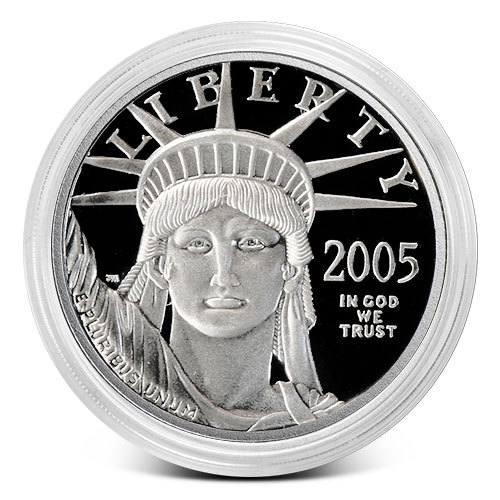 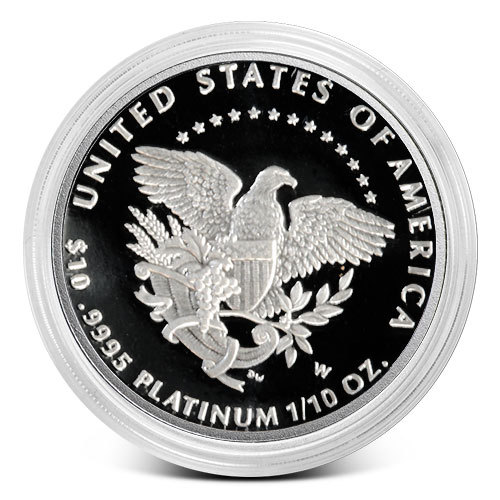 Out of Stock
Sorry! We're sold out right now.
NOTIFY ME
BUY BACK PRICE: $179.10
Add to WishlistLog In to add this product to your Wishlist

With the purchase of a Proof American Eagle 1/10 oz Platinum Coin in this product listing, Provident Metals offers you coins that have a protective display box, a capsule around the coin, and a Certificate of Authenticity. This is a random-year listing, which means we do not guarantee a particular date mark or corresponding design for the items available to purchase. The 1/10 oz coins in the Proof American Eagle Platinum Series were only issued from 1997 to 2008.

Provident Metals selects coins to fulfill your order at our discretion. Once your payment has cleared, we will select coins for you based on the available stock at that point in time. Please note that you could get coins that have the same date mark and design on the reverse if you buy multiples.

In the obverse design element, the Proof American Eagle 1/10 oz Platinum Coin features the Statue of Liberty. This design was created in 1997 for this series by John Mercanti and captures the face and head of Liberty, complete with her towering, pointed crown. The inscriptions on this face of the coin read Liberty, E Pluribus Unum, In God We Trust, and the date mark.

For the reverse design, the Proof American Eagle Platinum Coin offers a new visual element with each date mark. Many of the coins in this series feature the American bald eagle. For example, the coins issued from 1997 to 2002 have images of bald eagles in flight. The 1997 debut coin has Thomas D. Rogers original design of the bald eagle flying over the nation. The coins issued from 1998 to 2002 in the Vistas of Liberty Series also show the bald eagle in flight, but the landscapes below change with each design to capture a different region of the nation. Inscriptions on this side of the coin include United States of America, .9995 Platinum 1/10 oz., and $10.

The United States Mint originally issued three fractional-ounce coins in the American Eagle Platinum Series when it debuted in 1997. From 1997 to 2008, 1/2 oz, 1/4 oz, and 1/10 oz coins were available in the BU and Proof ranges. None have been issued since 2008.

If you have questions, Provident Metals is here to help. Please call us at 800-313-3315, chat with us live online, or email us directly.