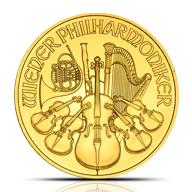 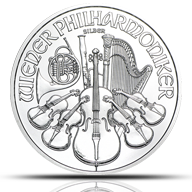 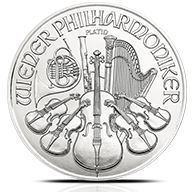 The Austrian Mint–called the Münze Österreich in German–is an internationally renowned minting facility with a history that stems back over 800 years. As one of the world’s leading mints, the Austrian Mint strikes best-selling bullion coins, along with circulation coins, collector coins, and medals. The mint even produces coins and blanks to dozens of countries worldwide.

The mint’s primary duty is producing Austrian euro coins for circulation, and it is the only mint that manufactures coins for the Republic of Austria. The mint is located in Vienna, the Austrian capital, and operates as a subsidiary of Oesterreichische Nationalbank, Austria’s central bank.

The origins of the Austrian Mint stretch back to 1194, rooted in a feud between Austrian and English royalty. Upon being captured on his way back from the crusades and sentenced to a year of incarceration for doling out an insult to Duke Leopold V of Austria, Richard the Lionheart paid 12 tons of silver to the Duke for his freedom.

Duke Leopold decided to use the bounty of silver to strike coins, setting in motion the foundation for the mint. However, it would be another 200 years before the Vienna Mint was mentioned in historical records.

The new mint was originally located near Hoher Markt, and later moved to Prince Eugene’s winter palace in Himmelpfortgasse. In the 19th century, the mint moved to its current location in Heumarkt, Vienna.

History of the Austrian Mint

Even though numerous mints sprang up in Austria over the centuries, the Vienna Principal Mint become the sole mint in 1919 after the Republic of Austria was formed. The mint began issuing the Austrian Schilling in 1925 and the German Reichsmark in 1938. When it became a subsidiary of the National Bank of Austria in 1989, the name was changed to the Austrian Mint.

Many minting techniques have been used by the mint during its long history. The minting hammer was used to strike coins through the 16th century. Subsequently, the roller press, rocker press, and screw press were all used. Ring striking, which creates an even round shape, has been used since 1830. This last technique is still in use today, though the modernized process strikes up to 750 coins per minute.

Introduced in 1780, the Maria Theresa Taler is one of the Austrian Mint’s most recognizable coins. The mint’s modern flagship product is the Philharmonic series, struck in gold, silver, and platinum. Philharmonics have become some of the most popular coins worldwide and have played a vital role in the Austrian Mint’s development into a highly successful company.

Located in the Austrian capital of Vienna, the Austrian Mint operates from a building that captures both the establishment’s history and modern technology. The state-of-the-art production facility uses proprietary coin-making technology, much of which was developed by the mint’s numismatic experts.

Over 200 people are employed by the Austrian Mint, all working together to produce about 450 million coins each year.