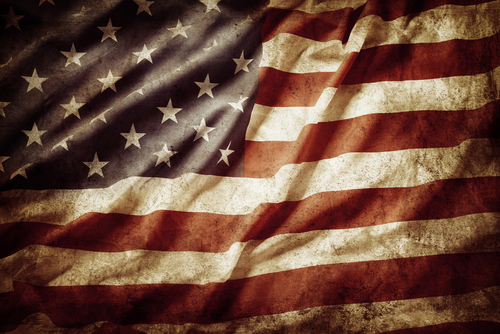 It is common to find piles of loose change scattered throughout the house or in the car, but few pause to wonder from where those coins come. The United States Mint has been in operation for nearly as long as the country has been formed, and it continues to provide a unified method of currency for all 50 U.S. states, as well as collectible coins made of gold, silver, and platinum.

After the American Revolution, the United States government was left without a centralized banking system. The Articles of Confederation left it up to individual states to print their own money, which led to many disputes and general monetary chaos.

Once the Articles of Confederation were dissolved and the United States Constitution was put into place, it was determined that the government would take control of the United States’ currency. This began with Alexander Hamilton.

Hamilton was appointed Secretary of Treasury by President George Washington on September 11, 1789. Once appointed, Hamilton set out to create a unified framework for the wealth of the United States. In doing so, he penned numerous economic policies - most notably The Coinage Act of 1792, which established a U.S. Mint to regulate coinage.

The Coinage Act addressed numerous issues surrounding the U.S. national currency. Firstly, the silver dollar was authorized as the American unit of money, and the currency decimal system was established. This allowed for consistency in currency even across state lines where, previously, dispute often occurred.

The Coinage Act initially called for U.S. coins to have a presidential portrait on the reverse side of the coin, but the final draft stated that a symbol of liberty should be placed on the reverse, making these early coins appear starkly different from what we see on money, today.

The year 1792 also saw the construction of the first U.S. Mint building in Philadelphia, Pennsylvania.

With the expansion of more states came the expansion of the U.S. Mint. Three new branches were commissioned to help with the demand. Those mints were established in Charlotte, North Carolina; Dahlonega, Georgia; and New Orleans, Louisiana, in order to take advantage of local deposits of precious metals in those regions. The Philadelphia Mint was left to produce solely silver and copper coins, while gold coin manufacturing was given to the three southern mints.

The breakout of the American Civil War brought its own set of challenges for the U.S. Mint. Firstly, the Confederate states, with only access to the southern mints, were forced to use high-value gold coins as currency. The Union states, with smaller-value copper and silver coinage, were better able to stabilize their dollar while the Confederacy experienced a severe inflation.

Secondly, both sides began printing paper money as a substitute to precious metals currency, and this caused the Confederacy to suffer even further inflation. During and after the war, all three southern mints were closed.

Precious Metals in the Wild West

Once gold and other precious metals were discovered west of the Mississippi River in the 1800’s, the construction of new mints in those areas followed soon behind. This included a mint branch in Carson City, Nevada, responsible for silver production, but the branch was eventually closed. Both the Denver and San Francisco branches of today were formed during this time, as well.

The San Francisco Mint first opened in 1854 to support the demand of the California gold rush. While the building has moved within the city multiple times, it is still used today to produce coinage for the country.

In 1863, a local assay office was opened in Denver to test the precious metal deposits being discovered. The office grew to such popularity, however, that a mint branch was soon commissioned. The Denver Mint was officially opened in 1904 with coinage production beginning in 1906. Today, the Denver Mint still serves as the hub of U.S. coinage production in the western part of the country.