Provident Metals offers a variety of bullion series that add collectibility to your investment. Whether your primary goal is investing in or collecting precious metals, these beautifully designed series are treasured by many bullion buyers.

Various private mints have earned the reputation of producing high-quality and beautifully designed bullion rounds and bars. Provident Metals has been recognized as one of these mints.

Below, you can browse our selection of privately minted bullion round series and begin your own collection. 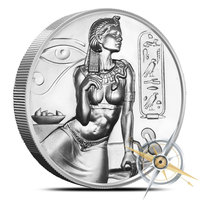 This series features 2 oz ultra high relief silver rounds celebrating the rich history of Egyptian gods. The obverse of these rounds depicts an artistic sculpt of a god, while the reverse contains a pyramid and ancient hieroglyphs. Currently, the ongoing series includes: 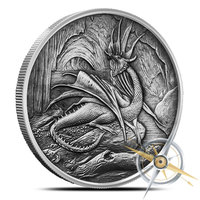 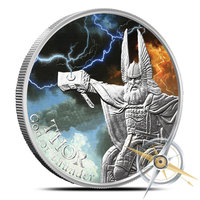 The colorized Norse Gods series, produced by Anonymous Mint, is a line of 1 oz silver rounds available exclusively through Provident. Each obverse design features a well-known Norse god or goddess from Viking legends. The shared reverse depicts Valkyrie, the warrior maiden known as the “Chooser of the Slain”. This colorized series has an extremely limited mintage of 1,000 rounds for each design. The gods and goddesses in this series include:

Zombucks: Currency of the Apocalypse® 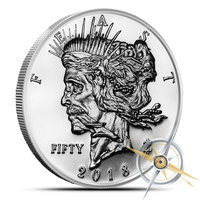 The Zombucks series celebrates the mainstream fascination with the zombie apocalypse by “zombifying” historical figures and coin designs. Produced by the Provident Mint in a stunning BU and proof finish, these rounds each come in a 1 oz silver version and 1 oz copper version. The obverse features one of ten zombie designs, and the reverse features a biohazard design. The zombie designs include: 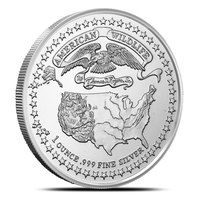 The American Wildlife series includes 10 designs that depict North American animals in their natural habitats. The shared reverse shows a map of the country. Each design comes in a 1 oz silver round and a 1 oz copper round. Each silver and copper design has a limited mintage of 10,000 pieces. This series was produced by Provident Metals exclusive, and the designs include: 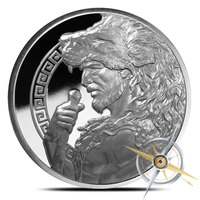 The 12 Labors of Hercules series celebrates the heroics of the most well-known demigod of ancient Greece. The series kicked off with a 5 oz round in silver and copper featuring Hercules himself. The 5 oz rounds were followed by 1 oz rounds in silver and copper featuring each of the 12 Labors our hero had to face as punishment for slaying his family while in a temporary state of insanity. Each of the Labor rounds is marked with a roman numeral to mark the order of the tasks’ completion. These designs include: 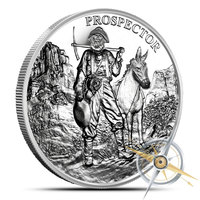 Designed and produced by Provident Metals, the Provident Prospector series of 1 oz rounds and bars celebrates the California Gold Rush. The obverse of this ongoing collection of rounds and bars features a prospector carrying a pickaxe and prospecting pan, with a mule beside him. A map, compass, and sextant decorate the reverse. The collection includes:

One characteristic that sets Provident Metals apart from other bullion dealers is our desire to produce bullion that captures the attention of gold and silver investors. This article describes a sampling of the coin series we have produced and offered; we are planning more in the near future, so check our Coin Series category and our blog for announcements and updates!