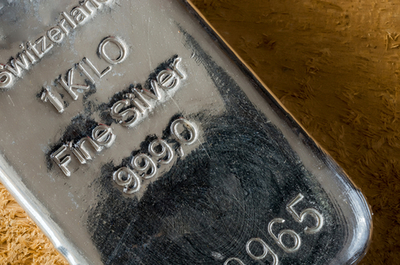 There are certain criteria that a metal must meet in order to be considered “precious”.

Merriam-Webster defines precious metals as “any of the less common and highly valuable metals (as gold, silver, and platinum metals).”

A more scientific definition would be any rare, naturally occurring metallic chemical element that holds a high economic value and has high luster. Generally, precious metals are also less reactive and have a higher melting point than other metals, making them both beautiful and durable.

A more commonly held notion on what qualifies a metal as “precious” is any expensive metal that may be sold as jewelry, or transformed into other forms for consumers.

Determining whether or not a metal can be considered “precious” is based on the metal’s rarity, uses, qualities, chemistry, and more.

Below is a list of the four most recognizable and highly valued precious metals in the world. (Note: These are not the only metals that qualify as precious, but they are the most common examples.)

Gold is one of the most sought after elements that qualifies as “precious”. Gold’s chemical symbol is Au, and its atomic number is 79. Gold is highly valued for its color and shine, and has been used throughout human history.

Gold is commonly used for investment coins and bars, and jewelry and accessories. It is a dense, soft, and malleable metal, perfect for shaping, handling, smelting, and fabricating. Gold even resists corrosion.

Gold is considered precious primarily for its rarity. Gold is among the most rare metals in the world, and its unique chemical makeup is not regularly found in nature. If fact, all the gold ever mined on Earth could fit inside four Olympic-sized swimming pools. This scarcity is what makes gold so valuable. 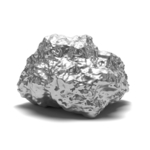 Silver has a chemical symbol of Ag and an atomic number of 47. Silver is less expensive than gold due to its availability. However, since silver is highly desired for its industrial use and its popularity in jewelry, it is considered “precious”.

Silver mining first began around 3000 BCE in what is now Turkey. The Ancients valued silver due to its malleability, resistance to corrosion, rarity, and beautiful luster - all qualities that make the metal precious to us today as well.

Silver is commonly used in electronics as a conductor as well as for soldering, energy, and chemical production. Silver has the highest electrical and thermal conductivity of any metal, and it is also the most reflective. It is frequently used in solar panels, water filtration systems, and specialized mirrors, but silver can also be shaped into kitchen utensils and other useful items.

Silver is considered precious, therefore, for its utility rather than its rarity.

The chemical symbol for Platinum is Pt, and its atomic number is 78. Platinum is one of the least reactive chemical elements, and its durable nature gives the metal a strong resistance to corrosion - even at extreme temperatures.

Platinum, also known as “white gold,” is most commonly used as a catalyst in chemical reactions, but is also used - like most precious metals - for investment. Platinum is particularly valuable to watchmakers who prefer the durability of platinum to gold, which tends to wear out over time. Platinum is also widely used in the automotive industry.

Additionally, platinum is incredibly rare. The price of platinum fluctuates with the changing economy, but it has been known to rise to twice the price of gold in a growing economy and well below gold in a poor economy.

Palladium has the chemical symbol Pd, and the atomic number 46. It belongs to the the group of elements referred to as the Platinum Group Metals (PGMs) on the periodic table.

Although palladium shares similar properties with platinum, palladium is far less dense and has the lowest melting point of any of the PGMs. Most people people recognize palladium as one of the metals used in the creation of white gold jewelry - an alloy made to look like silver but with far greater durability and a low likelihood of tarnishing.

Palladium has a certain degree of rarity, but perhaps its “precious” status comes from its continued use in jewelry as a lower cost alternative to platinum.

Copper & Other Base Metals

In addition to these common precious metals, there are also more abundant and less rare metals deemed “base metals” that fall into the precious metal category. The most popular base metal is copper. Others include zinc, tin, nickel and lead. Other metals sometimes categorized as base precious metals are steel, aluminium, iron, tungsten, and cobalt.

Copper and the other base metals are generally more common than the precious metals listed above. However, they are frequently used in the creation of structures, buildings, tools, and even bullion investment.

Whether you are fascinated by the rarity of gold and platinum, or value the industrial value of silver and palladium, precious metals are a compelling investment option for individuals looking to save for retirement or hedge against inflation.

If you are looking to make precious metals your next investment, Provident Metals offers gold, silver, platinum, palladium, and other earth metals like copper.