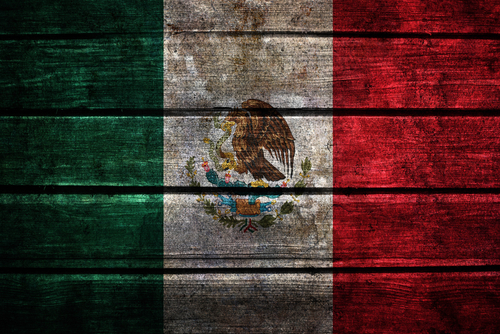 The history of Mexico’s mint closely follows the nation’s history as a whole, and has lead to numerous beautiful coins today - including the Libertad gold coin.

The study of a nation’s coinage is essentially the study of the nation’s history; and the same is true for Mexico. The Mexican Mint has been in operation for almost five centuries, so it has left historians with plenty of material to work with.

The Mexican Mint remains active today, and still produces a variety of coins both for the general public and for the benefit of investors and collectors.

Spanish conquistadors flocked to the Americas in search of gold and silver, so it should be no surprise that the Mexican Mint emerged shortly after these colonists first arrived. Antonio de Mendoza, who was operating under the authority of the Spanish crown, founded the Mexican Mint in 1535 - making it the oldest continuously operating mint in the New World.

The Mexican Mint flourished largely because the region had access to huge quantities of silver. It rapidly became one of the largest producers of coinage on the North American continent with a reputation for high quality work. The Mexican coins produced quickly spread all over the New World and could be found even in the early colonies of the U.S., primarily because their quality and purity.

This period’s most notable innovation was the Spanish dollar, which is commonly known as the “Piece of Eight”. The Spanish dollar became the most widespread coin in the New World and even remained legal tender in the United States for almost a century after they formed their own government. The coin’s design provided the basis for many other coins in the Americas, and one of the Spanish names for the coin, the “peso”, gave its name to many American currencies.

The Mexican Mint worked tirelessly for several centuries before the nation finally won its independence from Spain. Unfortunately, the revolution was not kind to the mint or its operations. A period of relative anarchy followed the country’s independence, and the government could not maintain control over all of its territory. That meant that the Mexican Mint no longer had the means to create and distribute coins from a central location.

The mint solved this problem by dividing its production among a variety of small workshops scattered all over the country. The most notable of those workshops was in San Luis Potosí, which remains in use today and currently produces all of the country’s coins.

Mexico’s political situation eventually stabilized, but that was not the end of the mint’s woes. The young nation needed a truly monumental number of coins to function properly, and the mint simply could not keep up with the demand. It tried to solve the problem by installing steam engines and automated minting machines. Although the effort did alleviate some of the problems, it was not enough to produce all of Mexico’s coins. In the end, the Mexican Mint had to outsource some of its production to foreign mints.

Mexico finally found a permanent solution in 1905. The steam engines were replaced with electrical minting machines, and those machines could produce far more coins than the older models. It took a great deal of work since the employees had to learn to use the machines, but Mexico eventually managed to produce all of its coins within its own borders once again.

The Mexican Mint lost its independence shortly thereafter. The National Bank of Mexico gained control over it in 1925, and it did not relinquish that control until 1986.

The modern mint lacks the influence of its colonial ancestor, but it still remains an important part of the Mexican economy. Since the mint is no longer part of the national bank, it needs to compete on the free market for clients like any other institution. The mint’s largest customer is still the national bank, and it also produces a variety of specialty items for foreign groups.

Naturally, money is the mint’s main product, both in the form of currency for circulation and bullion coins for investors. It also produces a respectable number of commemorative coins for the benefit of collectors and a small number of medals for a variety of groups.

The Mexican Mint has produced plenty of famous coins over the centuries, but two of them stand out above all - especially for investors who are looking to invest in precious metal bullion. They are the famous Mexican Libertad and the Silver Hidalgo. Both coins are designed to honor the country’s history.

The Mexican Libertad coin is available in both gold and silver, and they come in a variety of weights ranging from 1/20th of a troy ounce to a full troy ounce for gold. Silver coins, on the other hand, can weigh as much as a kilogram. Both the gold and silver Libertad coins have the same design, but some of the smaller coins lack the details that can be found on the larger variations. All Libertad coins of one troy ounce or larger depict the modern Mexican coat of arms surrounded by the historical coats of arms on one side with a winged liberty in front of two volcanoes on the other. The smaller coins lack the historical coats of arms. The oldest of these coins was released in 1982, and they have remained in production ever since.

The famous Hidalgo is only available in silver. It contains 0.643 ounces of the precious metal, and has a face value of five pesos. The obverse of the coin depicts Manuel Hidalgo y Costilla, a hero from the revolutionary period, while the reverse depicts the nation’s coat of arms. This coin was only produced between 1951 and 1954, so it has value to collectors as an impressive but affordable collection piece.

If you would like to make coins from the Mexican Mint your next investment, Provident Metals has what you need. Browse our entire collection of foreign coins on our site.