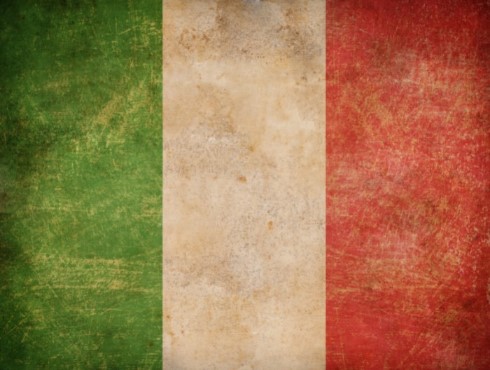 Italy, from the ancient Roman era to the modern day, has been making strides in the areas of currency and precious metals.

Italy has an interesting relationship to currency. This can be understood by going back through history to understand how it has changed through empires, the Renaissance, unification, and ultimately inclusion in the European Union.

The Italian Mint itself can be traced back to antiquity and is perhaps the best-known example of how currency changes over time. This short guide will introduce the many kinds of currency Italy has used over the centuries and paint a picture of how the relationship between currency and politics, as well as culture, can change the value of a coin.

Italy’s first recorded instance of widespread currency can be dated back to 296 BCE during the height of the Roman Empire. This date is important because it coincides with the first use of silver coins, meaning that Roman coins had an intrinsic value assigned to them.

The names of the coins used during the Roman era changed quite frequently, owing to whichever ruler happened to be in power at the time. Some of the most common names included denarius, aureus, denarius, and denarii.

The next great period in Italian currency was during the Middle Ages and moving into the Renaissance. The “florin,” as this currency was known, was struck between 1252 and 1523 CE with little to no change in either the design of the coins or its precious metal content standard. Each coin had roughly 53 grains of gold contained within.

The florin, or “Fiorino d’oro,” was developed in the Republic of Florence and was the first currency in Europe to be struck on a commercial scale, making it the most widely used currency from the seventh century until the 19th century.

By the 14th century, over 150 European states and currency authorities were copying the florin to be used in their nations. This is significant because it shows that the florin had a direct impact on the Kingdom of Hungary, which was the major source of gold in Europe until gold was found in North America later.

The “lira” was the next major coin used in Italy. It was struck in Sardinia and Parma and rivaled the “piastra” that was used in the Kingdom of the Two Sicilies and the Kingdom of Naples.

The piastra had the same value, but was subdivided differently between the two kingdoms. In Naples, the piastra was divided into 120 grana and then subdivided into “tornesi” or “cavalli.” In the Two Sicilies, there are no subdivisions.

However, the lira took precedence over the piastra and became the common currency in Italy in 1861 after the nation became unified. These coins held either 4.5 grams of silver or 290.322 milligrams of gold depending on the type of lira used, and it was a direct continuation of the Sardinian lira. Most importantly, the lira was equal in value to other currencies in Europe, including the French and Swiss franc.

However, after the outbreak of World War I, the Latin Monetary Union was broken and caused the inflation of the lira. Exchange rates fluctuated throughout both World Wars. The value of the lira was often measured against the United States dollar with rates recorded as low as 625 lire and as high as 19.8 lire, each of which respectively equaled one US dollar at the time.

The lira was the official currency of Italy until January 1, 1999 when it was replaced by the euro as part of Italy’s acceptance into the European Union, which required that the country switch currencies.

Old lira stopped being legal tender on February 28, 2002 with post World War II coins and lira banknotes in circulation immediately preceding the euro eligible to be turned into euros. The transition system for the lira to the euro passed in February of 2012.

In Italy, euro coins are designed to promote and honor great Italian artists and painters, with each denomination of the euro celebrating a different artist.

Modern Uses of Precious Metals in the Italian Mint

Precious metals have been used throughout the history of Italian currency, giving the coins commercial and intrinsic value. Because small amounts of gold and silver can be found in Italian coins dating back to ancient Rome, each coin still has value today.

As history and precious metal reserves in Italy changed the currency system, the amount of metals found in coins from different eras has varied. These coins are still extremely valuable, both due to the content of the precious metal and the historical value they represent.

Italian currency has intrinsic commercial value, meaning that most of the currency from modern history cannot be considered as true bullion.

However, many of the coins used throughout Italian history are considered bullion coins and can be found on bullion exchanges and through the Bank of Italy. These are considered collectors’ items and cannot be used in circulation, but can be a great addition to any coin collector’s collection.

Some of the most valuable bullion coins are lire from the era preceding unification with a 20 Lire Italy Napoleon coin. Other rare coins, such as the 1960 Italy Gold Medal Rome coin, is also highly sought after but very difficult to purchase.

The history of Italian coinage is vast and filled with various forms of currency that highlight the most important periods during the nation’s existence. From the ancient Roman Empire to the modern day, Italian currency is one of the oldest continuing currencies in Europe that still excites and intrigues coin collectors.

If you are interested in adding to your collection or portfolio, Provident Metals has a wide selection of European coins for your browsing.