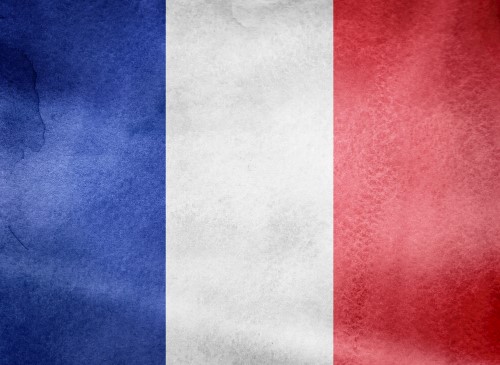 In continuous operation since 864 AD, the French Mint’s history is one of longevity and fascination.

The French Mint has one of the longest and most prestigious histories of coinage in Europe. With the establishment of Monnaie de Paris in the first century to the modern day inclusion of the country in the EU monetary union, this is a fascinating piece of history to delve into.

The Monnaie de Paris, known as the Paris Mint, is the world’s oldest minting institution. It has been in continuous operation since 864 CE, currently serves as the main French Mint institution, and is primarily responsible for producing euro coins for the country.

The Monnaie De Paris is also the primary institution that collects ancient coins from various periods, including the Middle Ages up until the present day. While there are other mint offices in different parts of the country, the Monnaie de Paris has been the prime issuer since its establishment.

The “livre,” which is similar to the French word for “book,” was the first type of currency used in West Francia and its successor the Kingdom of France. Its history can be traced back to 794 CE, when it was replaced permanently by the French franc. The livre went through several different iterations (some of which existed at the same time) but the term was used for both units of accounts and coins.

The livre was established by Charlemagne at the beginning of his reign. He wanted a monetary unit that had intrinsic value, so the livre took on the value of one pound of silver. The livre was made up of 20 sols, each of which was worth 12 deniers. This system, and the denier itself, was the basis for many currency systems in Europe including the British pound, the Spanish dinero, and the Italian lira.

During the Middle Ages, the different duchies (counties) in France were nearly independent city-states, meaning that each duchy minted their own currency. That led to the need for charters to record which region or mint was being used for which coins.

Philip II Augustus reigned from 1165 to 1223 CE, and was the first Capetian king to standardize money in the nation. He made the decision to use the livre tournois as money for the entirety of his empire and hoped to stabilize trade across the lands he conquered. Unfortunately, Philip II controlled many lands, and since progress was slow in the assimilation process, this meant that the currency was constantly in flux.

In the 1250s, Louis IX instituted a royal mint and took over striking the livre. The écu d’or (made of gold) and gros d’argent (made of silver) was equivalent to the livre tournois and the denier respectively.

It wasn’t until 1360 and 1641 when French currency saw the introduction of coins equal to one livre tournois. They were minted and known as francs; however, francs did not officially become the French currency until much later in 1795.

The franc has a history that overlaps with that of the livre. Different periods in France’s history saw the franc denoted as livre and vice versa, and kings often decided to strike currency in their own name. The franc’s symbol is “F.”

Because of the interchangeable nature of the names franc and livre, it can be difficult to ascertain in which points of history either of the currency systems were being used. However, experts agree that the word “franc” has been around since at least the 15th century. In fact, it is believed that as early as 1360, gold francs were issued in order to pay for King John II’s ransom. The coin was worth one livre tournois, which can be subdivided into 20 sols and then further into 12 deniers.

The franc, as it is currently known today, was officially struck in 1803. This became the national currency under the French Empire.

The franc has undergone several iterations since it was first introduced, but it became a standardized currency when it was established as a decimal in 1795 by the French Revolutionary Convention. In 1803, that standard was made permanent with the Franc germinal, a gold franc that consisted of 290.034 milligrams of fine gold. This remained the standard until 1999.

Modern French Currency and the EU

In 1999, French authorities announced that the franc would be replaced with the euro in keeping with the promises made by the country to the European Union to create an economic and monetary union within all EU states. Under the Maastricht Treaty, all EU states, including the French nation, would be required to change their currencies to euros (the only exceptions to the rule were the United Kingdom and Denmark).

On January 1, 2002, the euro replaced francs as the main currency in France. However, francs could still be exchanged for euros up until February of 2005, with banknotes available for exchange until 2012. After this, francs were demonetized completely.

The history of this country’s mint is vast and cannot be covered in so few words, but this is a great primer for those who are beginning to learn about currencies and their history. The correlation between the government and the different currency systems is of particular interest for historians and coin collectors alike.

If you are interested in making foreign coins your next investment, Provident Metals has a wide selection that includes the France 20 Franc Rooster gold coin.