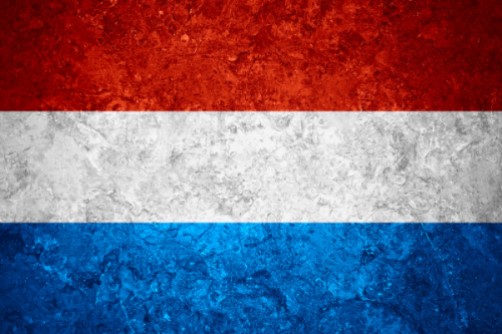 Since the Middle Ages, the Netherlands Mint has been producing unique and beautiful coinage that collectors still prize.

For centuries, the Dutch Mint has produced some of the most stunning and sought after coins in the world. Continue reading to learn more about the mint’s history and some of the collectible coins that came from this famous mint.

In the Middle Ages, it was custom for larger cities to make their own coins in their own city mint. However, this resulted in countries having various coins that circulated in the same country with differing values.

King Louis Napoleon was the ruler of the Netherlands during this time, and he decided that all coin striking and distribution should be done in a central location by only one national governing body. The capital city of Amsterdam was the first choice for the home of the mint. However, financing was insufficient. The city of Utrecht was ultimately chosen to be the home of the Dutch National Mint.

Upon the defeat of Napoleon in 1813, William I became king of the Netherlands. At this point, the mint was renamed “Rijks Munt.” Belgium was considered a part of Dutch territory for a period of time, and a secondary mint was placed there and remained there until Belgium regained its independence. However, the coins that were minted during that time were still in circulation. Eventually, these coins were removed from circulation due to the fact that the new provincial coins were worth more.

The Dutch mint was placed under the auspices of the Ministry of Finance in 1901. In 1910, the Rijks Munt was moved to a building built on the banks of a canal in Utrecht at the site of the city’s old post office. This proved to be a convenient place to have the mint, and coins were able to be transported to the National Bank of Amsterdam by riverboats.

By 1912, the mint became an official state-owned company. Until the end of German occupation and the Second World War, Dutch coins were produced in the United States to ensure that there would be adequate currency once the country was liberated.

The Rijks Munt was renamed in 1994 as The Netherlands Mint. At this point, 100% of all shares of the mint were owned by the Dutch state. The Queen awarded the title of Royal to the company about five years later, and this changed the name of the mint to De Koninklijke Nederlandse Munt, or The Royal Dutch Mint.

Sadly, due to failed contracts as well as fines and penalties from coins being produced abroad, the company was sold in 2016 to a private firm in Belgium.

Popular Dutch coins include guilders, ducats, stuivers, rijksdaalders, and others. These precious metal coins produced under the Dutch government were respected due to their high quality.

In addition, they were admired for their particularly strict weight and purity standards. These coins were traded in places all over the world and were responsible for funding many Dutch trade and exploration journeys.

The Dutch Mint has always been respected for their technical proficiency and ground-breaking methods and designs. The coins from the mint are still very highly sought after today due to the beautiful patterns and workmanship.

One special feature of the Dutch ducat is that they have an unchanged design throughout the years from the very first minting. The obverse shows a knight with a handful of arrows in his left hand and a sword in his right. The obverse legend or motto reads “Concordia Res Parvae Crescunt,” which is Latin for “Union makes small things grow.” On this side, the mint where the coin was made is denoted in the last three letters of the obverse legend. The arrows on this side are representative of the seven United Provinces.

Dutch coins were so globally accepted, in fact, that the Russian Royal Mint actually counterfeited them for around 133 years. These counterfeits were made to the correct specifications of fineness and weight, but there are ways they can still be detected. The Utrecht Mint stopped making these coins between the years 1849 to 1872 due to all the counterfeits being made. They started being produced again, and by 1989, proof sets of the Dutch double ducat were being produced.

A well-known 16th and 17th century coin that played a crucial part in world trade was the Dutch Lion Dollar, also called the Lion Daalder or “leeuwendaalder.” These were made of .750 fine silver and copper as a predominant alloy. This hearty coin was preferred by traders and merchants. This coin played a part in American colonial trade.

The Dutch guilder was produced from the 17th century all the way to the year 2002 when it was replaced with the euro. These precious metal coins were originally made of gold and used primarily for payments. In 2015, an entrepreneur purchased an extremely rare Netherlands Willem II guilder for the sum of over $150,000. There are only two of these coins still known to be in existence. Its major design element was a raging lion.

The Dutch Mint has a long and interesting history. The coins that have been produced at this mint over the years are widely respected for their craftsmanship. The detail and attention that is paid to the quality of the coins minted here is a testament to the craftsmanship of the Dutch people.

If you are considering including foreign coins as a part of you collection or investment portfolio, Provident Metals has a wide selection to choose from, including Netherlands 10 Guilder gold coins.