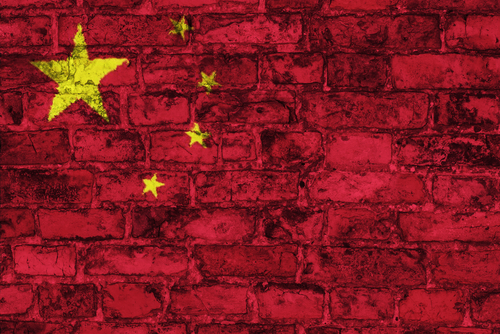 The Chinese Mint has been providing beautiful coins from ancient times into the modern day, including gold and silver Pandas.

Sometimes called “The China Banknote Printing and Minting Corporation” (or CBPM), the official Mint of China produces relatively few coins annually compared to the US Mint, and it actively maintains only six facilities across China.

In the United States, Provident Metals has distributed these coins for many years. Today, a busy marketplace of avid coin collectors eagerly add Chinese Panda coins to their investment portfolios.

Brief History of the Chinese Mint

People have produced valuable coinage in China for centuries. Many scholars believe the first bank notes originated on the Chinese mainland as leather money. China also became the first nation to introduce paper currency during the 9th century.

Yet, the modern history of the Chinese Mint began comparatively recently, shortly after the conclusion of the first World War. In 1920, the Chinese government established the first national mint facility in the southern port city of Shanghai. The Ministry of Finance assumed direct control over the Shanghai Mint in 1928, re-naming it the “Central Mint.” They began producing coins in 1933, shortly before the outbreak of World War II.

In 1937, the Central Mint relocated, along with China’s Nationalist government, to several Chinese cities in the wake of an invasion by Imperial Japan. Branches of the mint arose in a number of mainland Chinese cities, including Guilin, Kunming, Lanzhou, Chengdu and Wuchang.

The Chinese Mint continued to strike coins throughout the World War II, and eventually reunited as the Central Mint in 1946, moving back to Shanghai. After the communist government led by Chairman Mao Tse-tung assumed control of the region in 1949, one branch of the Central Mint followed the Nationalist government to Taipei on the island of Taiwan.

The Chinese Mint Under Communist Control

The new communist government continued to mint coins to circulate in mainland China following the defeat of the Nationalists. Mint facilities operated in a few major urban centers, including Shanghai, Beijing, Shenzhen and Shenyang.

Just a few years after President Nixon’s historic state visit to the People’s Republic of China, the Chinese government introduced a new coin carrying the image of the panda in 1982. The designs on the Panda coins change nearly every year, but it always displays the beloved Giant Panda - a widely popular endangered animal species native to mainland China. Stylish Panda coins minted in gold, silver and other precious metals quickly developed international interest among collectors.

Most years, China has minted gold Panda coins in five key denominations: 500, 200, 100, 50 and 20 yuan. In 2016, the Chinese government changed the weight system used by its currency from troy ounces to metric grams. This modification means each coin contains slightly less precious metal than before; however, the move brought the weight system into conformity with the measurement standards used in China.

Why are Chinese Panda coins so popular as an investment among avid coin collectors worldwide?

Experts cite a variety of factors contributing to the enduring value of these coins. One factor relates to the high percentage of valuable metal contained in each Panda coin. A collector may seek Pandas for a coin collection or retain them primarily due to their high gold and silver bullion content.

Other important factors in the success of Panda coinage includes the ability to obtain coins struck in an array of different precious metals and the option to buy an assortment of coins in different sizes. The comparatively low mintage numbers also enable collectors to seek out rapidly appreciating Panda coins. The intricate and rotating designs on these coins also add to their value as collectibles.

Unlike most mints around the world, the Chinese Mint does not stamp a mint mark on its coinage to designate a specific minting locale. Collectors can usually determine the location of minting by examining the size, date and styles of the coins.

In light of the Chinese Mint’s remarkable past, lovely and unique Panda coins are likely to retain their value as a popular precious metal investment for future generations of collectors.

If you are interested in making Chinese panda coins your next investment, Provident Metals offers these beautiful coins in an array of metals (including gold and silver) to suit your desires.