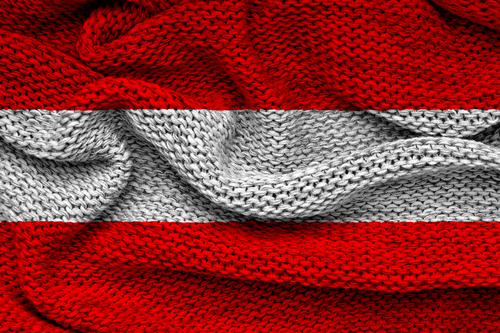 The historic Austrian Mint in Vienna is world-renowned for its advances in the production of coinage and bullion, and is one of Europe’s oldest mints. It is currently responsible for minting Austrian currency as well as commemorative coins and bullion products.

Here, we will take a look at the Austrian Mint’s remarkable history and the many ways it continues to remain on the cutting edge of coin production.

Roots in the Crusades

Duke Leopold decided to strike coinage from his new silver, and so began the mint. The Austrian Mint itself, however, was not actually mentioned in a historical document for another 200 years.

The Austrian Mint was originally located near the Hoher Markt (Vienna’s oldest square); however, it was moved several times before a final location was found. The Mint moved to the Wollzeile in the 1300’s and was even located in Prince Eugene’s winter palace for a time.

Finally, in 1834, Kaiser Franz I ordered that a new Vienna Mint be constructed, and the Austrian Mint found a home in central Vienna’s Heumarkt, where it remains to this day.

Since its inception, the Austrian Mint has been dedicated to craftsmanship in its minting methods and coin production. In the 1600’s, the Austrian Mint used minting hammers in order to shape coins, but they later moved on to rocker presses, roller presses, and screw presses up through the 1700’s.

In 1733, the Vienna Mint began its engraving academy. This academy was dedicated to providing beautifully crafted designs for Austria’s coinage, and the work of the academy continues today.

Finally, ring striking became the method of choice in 1830, and modernized versions of this method are still in use in the mint today.

The 19th Century to Today

During the 1850’s, the Vienna Mint became the leading mint of the Habsburg Empire. While other mints were erected in towns and cities across the country, the formation of the First Austrian Republic in 1918 named the Vienna Mint Austria’s principal mint for coin production. 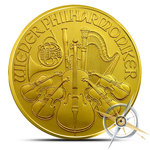 Today, the Austrian Mint continues its tradition of coinage excellence and craftsmanship. Their intricate designs and rigorous purity testing standards put them toward the top of the world’s mints. Austria also produces coinage for several other countries around the world, continuing their longstanding 800-year history.

The Austrian Mint has produced very popular bullion products over the years, but perhaps none so popular as the Austrian Philharmonic bullion coins.

In addition to the Philharmonic, the Austrian Mint also produced the Maria Theresa Thaler. 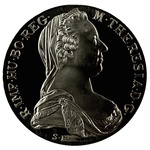 The Maria Theresa Thaler originated in 1780 AD, which was the year that Empress Maria Theresa died. At the time, this coin was among the most important currency pieces in the world. Today, it is almost impossible to find originals, but restrikes are more common.

If you would like to include Austrian gold or silver bullion in your collection, Provident Metals has what you are looking for. You can also check out our Knowledge Center to learn more about the histories of other world-famous mints, including: