For years, collectors of coins have have marveled over the intimate sculptures that make coins small works of art.

Ultra high relief coins are a more 3-D, enhanced version of a coin design, created to offer detailed sculpting on both the reverse and obverse sides. These coins are a special tribute to the artwork and craftsmanship that goes into creating coinage. 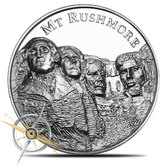 Here, we’ll take a closer look at ultra high relief coins, how they came to be, and how you can make these little sculptures your next investment.

What are Ultra High Relief Coins?

The term “high relief” comes from the art of sculpture. This refers to a sculpture that rises outward three-dimensionally from a flat surface.

“Ultra high relief” coins have an even greater distance between these points, meaning there is more room for intricate details and sculpting.

High relief coins originally began with the ancient Greeks. Because this currency was minted by hand and great attention was given to the artistry, the appeal of these ancient Greek coins has passed the test of time, making them some of the most desirable coins for collectors.

As time passed, however, it became less practical to mint coinage by hand. Machines were soon developed to do the work more efficiently and with greater unification in design. Additionally, refraining from producing high relief coinage meant that the coins could be easily stacked and stored for use. 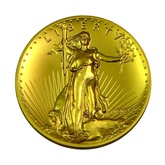 This means of coin production continued up to the time of President Theodore Roosevelt. He had long since been an admirer of high relief coins and wanted to bring this method of minting into the “modern” day. Roosevelt desired coins that the United States could be proud of – ones that showed true artistic ability and promise of this country.

This coin was originally designed by sculptor Augustus Saint-Gaudens, and proved to be very expensive to produce due to the extensive minting process. Because of this, it is said that only 25 of these original coins exist; however, reproductions of the original design have been minted in the years since.

Despite the challenges with producing ultra high relief coins, the U.S. Mint decided to go on and produce other coins to this standard; however, just as with the Double Eagle, these coins proved to be very difficult to produce, and the degree of relief for these coins was soon dropped.

These few ultra high relief U.S. coins didn’t make a comeback until 2009 when the U.S. Mint decided to create a re-release of the most revered high relief design. The Ultra High Relief Double Eagle, therefore, was re-minted in 0.999 gold.

In 2015, the U.S. Mint created a unique design released in ultra high relief, and the American Liberty Gold was designed and produced.

The American Liberty Gold has a $100 face value and is the highest denomination ever for a U.S. minted gold coin. 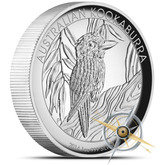 High relief and ultra high relief coins are stunning pieces of coinage, especially the U.S. Double Eagle or American Liberty Gold coins, and they’re likely to have a high price tag. However, these coins are unsurpassed in their quality.

Provident Metals offers both U.S. Mint released gold coins like the 2009 Double Eagle and other commemorative high relief and ultra high relief coins from various collections and series. Make high relief gold and silver coins your next investment by browsing our extensive collection to find brilliant pieces to enhance your portfolio.