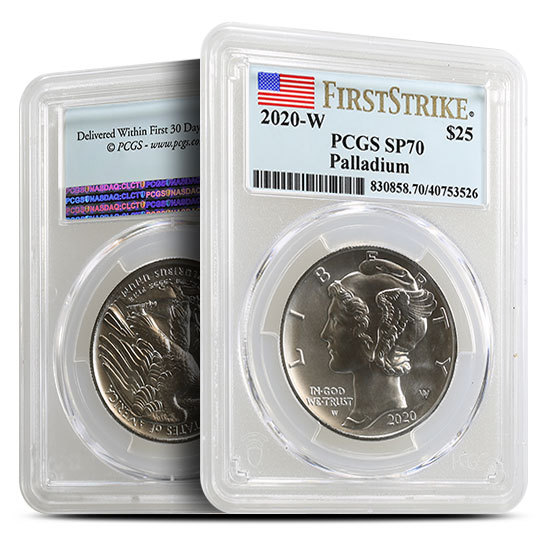 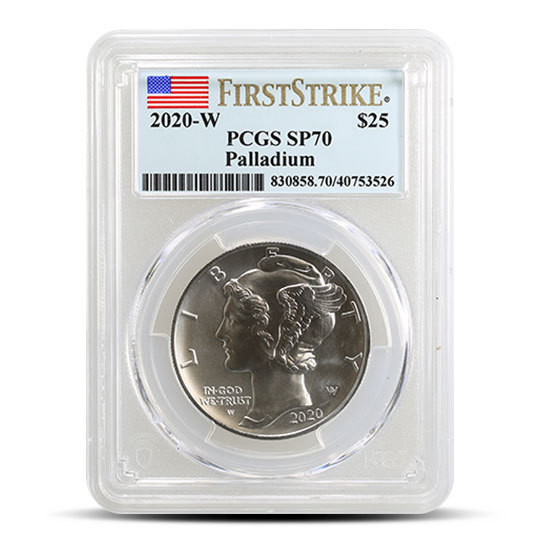 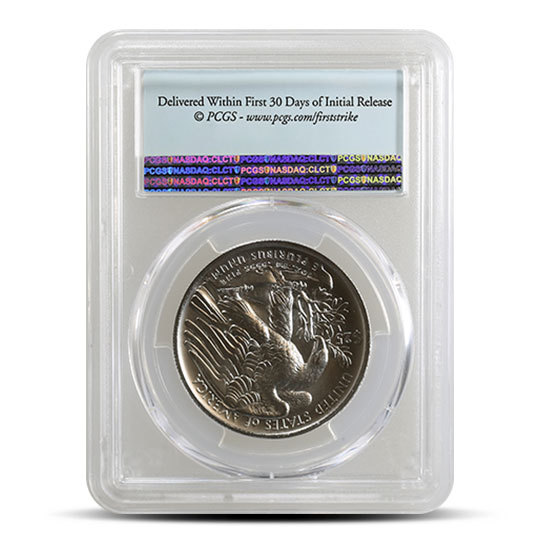 Out of Stock
Sorry! We're sold out right now.
NOTIFY ME
BUY BACK PRICE: $1,831.28
Add to WishlistLog In to add this product to your Wishlist

The American Eagle Series from the United States Mint long consisted of gold, silver, and platinum options. The gold and silver coins were the first issues and were released in 1986 for the first time. The platinum coin debuted in 1997 and seemingly marked the end of expansion for the series. In 2017, a long-awaited palladium coin was finally issued and has proven the most unique in the series to date with its release pattern. Provident Metals currently has American Eagle 1 oz Palladium Coins available to you for purchase online in perfect condition.

When you purchase an American Eagle 1 oz Palladium Coin in this product listing, Provident Metals offers a coin that is in perfect condition. Coins with a grade of 70 from the Sheldon numeric scale are referred to as perfect coins. Each one showcases full, original mint luster with no detracting flaws present. It is possible, though not guaranteed, these coins will come with additional labels such as Ultra-cameo, Deep-cameo, First Strike, Early Release, or even First Day of Issue.

Provident Metals cannot guarantee the version of the American Eagle Palladium Coin, date mark, or type/types of additional labels present in the coin you receive. We select all coins after payments have been processed and can only fulfill orders at that point in time based on what is still available in stock. Buying several coins can result in receiving items that match by date, version, and labels present.

Winged Liberty features in the obverse design of the American Eagle 1 oz Palladium Coins. Designed in 1916 by Adolph A. Weinman, Winged Liberty is a left-profile bust of Liberty that includes a winged Phrygian cap on her head. The design was synonymous among early-20th century Americans with historical depictions of the Roman messenger god Mercury, giving rise to the use of the term of Mercury Dime when the original coin was in circulation. The inscriptions on this face of the coin include Liberty, In God We Trust, the AW initials of Adolph Weinman, and the date mark. The 2018, 2019, and 2020 coins all feature a W mint mark on this face. As the 2017 release was a Brilliant Uncirculated coin, it bears no mint mark.

An American bald eagle is depicted on the reverse side of American Eagle Palladium Coin as it perches at the edge of a cliff. The eagle stands clutching a laurel branch sapling growing from within the rock and has its wings raised behind its figure. Inscriptions on this face include United States of America, $25, 1 oz. Pd .9995 Fine, and E Pluribus Unum.

To date, the American Palladium Eagles have sold out at the US Mint and with authorized dealers in each release. The mint has kept strict mintage maximums in place for this series. The 2017 coin had a total of just 15,000 specimens issued, the 2018 Proof had 15,000 specimens, the 2019 Reverse Proof had 30,000 specimens, and the 2020 Burnished Coin just 10,000 specimens.

Provident Metals is available to assist you with any questions at 800-313-3315. Alternatively, you can chat with us live online or email us directly.