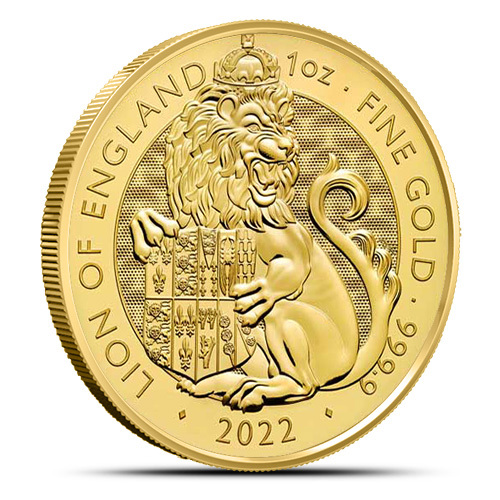 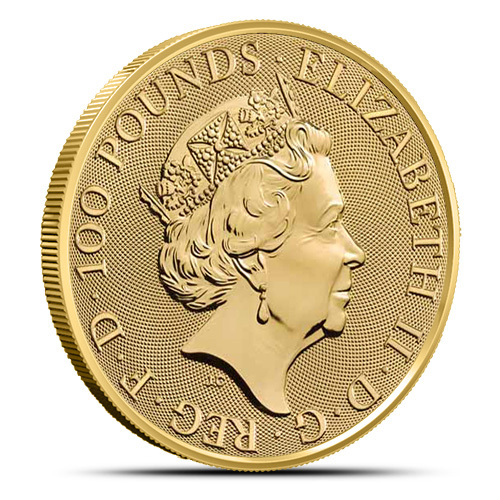 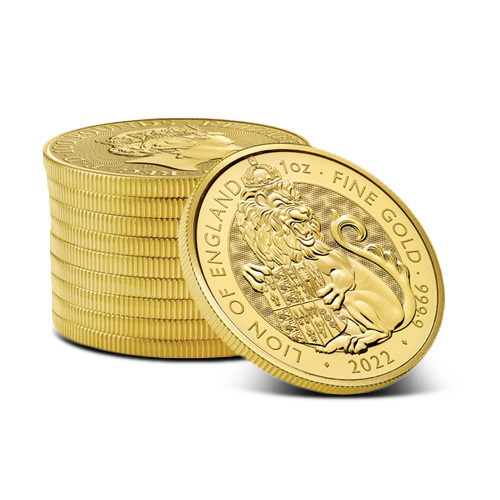 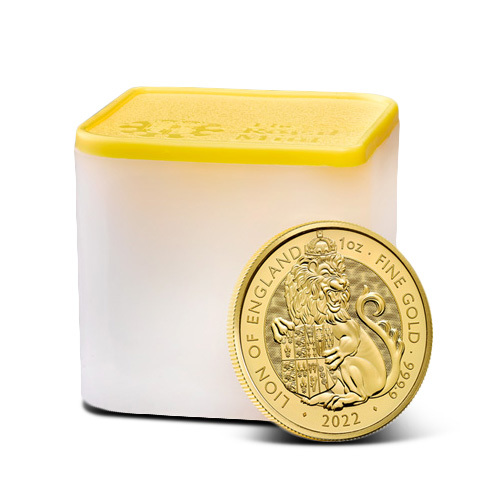 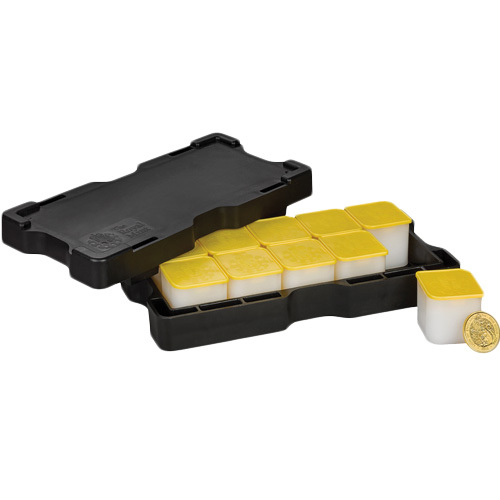 Out of Stock
Sorry! We're sold out right now.
NOTIFY ME
BUY BACK PRICE: $1,939.57
Add to WishlistLog In to add this product to your Wishlist

For history buffs and fans of the monarchy in England, the Royal Mint offers a new series of gold, silver, and platinum coins focused on the heraldry of the rulers of England. Rather than covering the broader history of the monarchy, the new Tudor Beasts Series celebrates the bold, sometimes outrageous, rulers of the Tudor Dynasty. Today, you have the chance to get 2022 British Tudor Beasts Lion 1 oz Gold Coins online from Provident Metals.

The new Tudor Beasts Series features images of heraldic beasts lining Moat Bridge. These beasts were put on display along Moat Bridge at Hampden Court Palace, the preferred residence of King Henry VIII, the center of his realm and a place famed for pleasure and celebration during Henry VIIIs reign. Included among them is the Lion of England supporting his Royal Arms.

Queen Elizabeth II is on the obverse of 2022 British Tudor Beasts Lion Gold Coins. This design from Jody Clark was created in 2015 for the Royal Mint and features an effigy of the Queen in right-profile relief. This fifth-generation effigy captures the Queen at the age of 89 with the George IV State Diadem Crown. Inscriptions include 100 POUNDS, ELIZABETH II, and D.G. REG F.D.

The impaled Royal Arms of King Henry VIII features in the reverse design of the 2022 Tudor Beasts Lion 1 oz Gold Coin. The shield in the design features the combined coat of arms of King Henry VIII and his third wife, Jane Seymour. The impaled arms is supported by the crowned Lion of England, a ferocious beast associated with power and bravery. The inscriptions on this face read LION OF ENGLAND, 1 OZ, FINE GOLD, 999.9, and 2022.

The Tudor Dynasty was primarily dominated by two large personalities. Though King Henry VII founded the dynasty, his son, King Henry VIII, is arguably the lightning rod of the dynasty. Henry VIIIs daughter with Anne Boleyn, Elizabeth, reigned for the longest period of time and the reign of Queen Elizabeth I was a golden age for England.

Please reach out to Provident Metals with questions. You can call us at 800-313-3315, chat with us live online, or email us directly.